In the early days of blogging, I used software programs like Dreamweaver to manage a growing number of HTML files that comprised my website. When I outgrew that I converted my files into database entries in a content management system. I went from one content management system to another. It was like a wagon train — I changed wheels and hooked up to different horses, but kept my content in my own wagon.

Facebook changed the way people blogged. A lot of personal blogging went to Facebook and other forms of social media. I stopped blogging regularly. After a while, I posted more on Facebook. I succumbed to the Borg. I spent a whole baseball season posting about almost every baseball game the Pirates played, and there were good comments and conversation.

I’m pushing the pendulum in the other direction. Fuck social media. Through the magic of all this wonderful technology I will use Facebook, and I will use Twitter to highlight my writing on my website. If you want to read it, you can click the link and read it on my blog. I welcome  comments and conversation on my blog.  I’m back in my own wagon. Giddyup.

Whilst restoring blog post photos from the archives, I ran across the splash page images I used on Leather Egg in 2004 and 2005. They included some of my photos as well as some political and pop culture events of the timeframe. I no longer have the text that went with them, but for archival purposes I’ve posted the images here in gallery format. 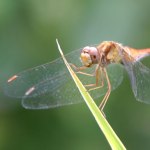 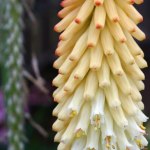 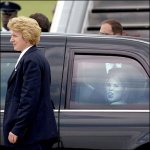 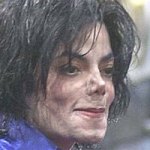 There is a pulse after all. I’m dusting off the blog, and just finished restoring all the photos in the archives. I know there’s still a ton of broken links, but I’ll get to them one of these days. This weekend I’m fighting off a cold, and doing mindless stuff like this makes me feel less sick, I guess. Getting all the old photos back was a fun trip down memory lane to the early days — back when self-publishing was more fun and nobody called these website thingies “blogs.”

Brad Graham was an inspiration to me, as I’m sure he was to many bloggers who’ve been around for the long haul. He’s been on my bookmarks list forever, even though he hasn’t written regularly on his blog in a few years (I know the feeling). It’s a real shock to learn of Brad’s death that was reported today. His Facebook page, which he last updated New Year’s Eve, is now an outpouring of love, remembrances, and the grief of his friends.

Just a few days ago, I retweeted one his Twitter posts. It was just a quick yet clever observation that showed his abundant wit: “iSlate = is late.” It’s pretty damn funny if you’re a Mac fanboy (as Brad was), and I thought it was another of those “perfect Brad” tweets. Unfortunately, it was also one of his last.

For many years, Brad’s blog was always THE FIRST STOP on April Fools Days when you fired up your web browser, and he never failed to deliver a temporary re-branding that left the reader in stitches. We won’t get to break bread with Brad ever again, but going forward I’ll have a nip and a toast every April 1st to remember TheBrad.